The Judeo-Christian traditions see snakes as evil and cunning that seek to corrupt our souls – a result of a well-known antediluvian incident at Eden. I have also read something fascinating: the meaning of the Hebrew word for “serpent” matches the word “messiah”.

Hindus worship the snakes, and snakes are an integral part of Indian culture. There are festivals during which snakes are worshipped, and there are temples for snakes too. Many Hindu gods wear the snakes around their necks or waists, or make a bed out of it. 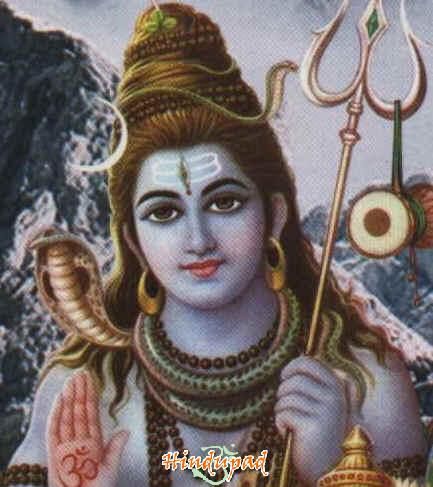 Shiva and Vishnu with reptilian adornments

You will find many trees on the countryside where snakes are sculpted on stone slabs. Probably, you would find an ant hill nearby. The worship of the snake is closely associated with fertility rituals. Women throng here on certain days; feed milk to snakes and offer worship.

Often when a child is born; it is named after the snake deity – Nagappa, Nagamma, etc. Killing of a cobra is considered to be a sin; thus, people don’t kill it when they chance upon it at homes or in open fields, despite the fear that it is poisonous.

The Cobra Gem or the Nagamani

There are several myths connected with snakes, especially the cobra. People believe the hood of an old cobra carries a Pearl that radiates light even in the dark, and bestows luck and great fortune on whoever possesses them.

How does the pearl get developed in the cobra? It is said that if a snake lives up to 100 years or probably longer and hasn’t exhausted its venom, the venom hardens into an iridescent pearl, and the snake uses this pearl to hunt the prey.

The Newyork Times, March 9, 1890 talks about an article published in Harper’s monthly magazine by Prof. Hensoldt PhD, who had personally seen the cobra pearl in Sri Lanka under natural conditions and researched on a few pieces he owned. He found the stone to be made of a mineral called chlorophane, a rare variety of fluorspar.

Some varieties of chlorophane phosphoresce for hours in the dark even when slightly warmed by holding it in the  hands for a few moments.

Why and how do the snakes carry and make use of them, and from where do these chlorophane pebbles come from?

Cobras are perhaps the only serpents which eat insects and have preference for fire-flies because they can be easily caught at night. The female fire-flies are much larger than males, and cannot fly. They sit quietly in grass, emit a greenish light that fades and glows rhythmically, and this light attracts male fire-flies.

The chlorophane pebble also emits in the dark a dark green light not unlike the female fire-flies, and cobras use them as decoys to attract the fire-flies with it.

The cobra finds one these shining pebble in the gravel of the dry river beds, and goes for it assuming it to be the larvae of some glow worm. Through experience, it would notice that the fire-flies could be caught much more easily using the phosphorescent pebble. The cobra carries it about and soon learns to treasure it as a means to easy food during its old age. Prof. Hensoldt believes even a young cobra learns the tricks of the trade and it becomes an instinct for it, because the inherited race memory among the lower animals is often far stronger than the memory gathered during the short lifetime of the individual.

Where Are The Cholophane Pebbles Found?

The water worn chlorophane pebbles are normally found in dry bed rivers and especially in area where gem mines are around, i.e. places like Sri Lanka, Burma and Ural (Siberia). In Sri-Lanka the chlorophane is also called serpent stone.

A chlorophane from Siberia glows white from hand heat, green in boiling water and emerald on burning coal. And Chlorophane from Amelia Court House, Virginia, long recognized as remarkably thermo luminescent, became, after exposure to UV rays, so sensitive it would glow green from the heat of one’s hand. 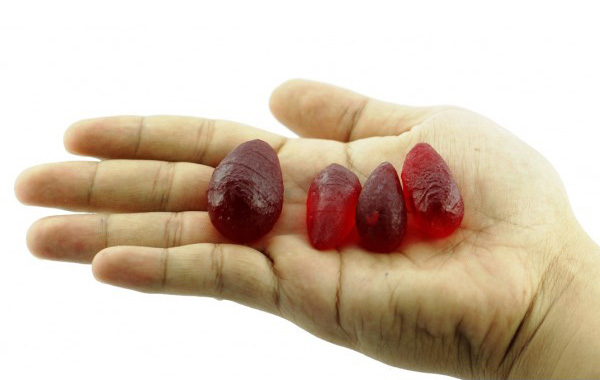 With all this background, one can say that Cobra Pearl is not formed inside the body of a snake.