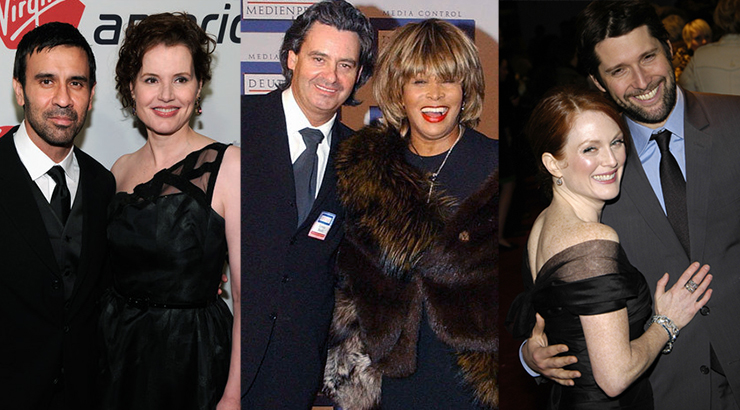 Why do guys who like older women like them? What are the advantages to being with one? Your answers here.
Young women are easy to manipulate, which is cool if you are a somewhat creepy guy looking for somebody to take advantage of. I prefer the ones that have been manipulated before, been played and taken advantage of because they can appreciate honesty. Somebody like me who would rather spend his energy on something other than trying to get a woman to believe a lie is actually a relief. This why women beyond a certain age are more appealing. That said, because they learned what they learned the hard way they tend to come with a certain amount of baggage. This baggage can range from bitter emotional cruelty to the Lorena Bobbitt psycho freak-out baggage. It’s like herpes, there is no way around it you just have to brave the outbreaks and enjoy the rest.

Another good part of the older woman experience is, as many have said before me, the sex. After a woman has been in a marriage for a certain amount of time, or dated for a certain amount of time, and especially after kids, sex loses its sheen. It stops being a moonlight walk on the beach kind of thing and becomes something along the lines of a good foot-rub. Not unromantic, just more functional, less of a prize, than an exercise in mutual satisfaction. It’s not so novel anymore, not so influenced by the movies or TV. The sensual, physical part becomes a greater factor and the fact that you are younger than her gives you an advantage over men in her age-group.

There is also the fact that she is more comfortable with who she is. Women over forty may not be exactly sure of who they are, but they are surer than they were at twenty-five or thirty. This makes you less nervous as you have a better understanding of who they are too. Your conversation is not hamstrung by the uncertainty of what kind of woman you are dealing with. Her confidence will make you more confident.

The drawbacks, for many men, come with the body-type and what most men find physically attractive about a woman. Most guys are attracted to youth and unblemished firmness. Not every woman over forty has the body of a 20-something, and trying to find the few who do is going to drastically limit your pool of potential partners. It helps if you happen to like the way older women look and feel, if you can see the beauty in softer curves, in little imperfections, and if you find that those things are sexier, more welcoming, and more interesting than a shortlived firmness.